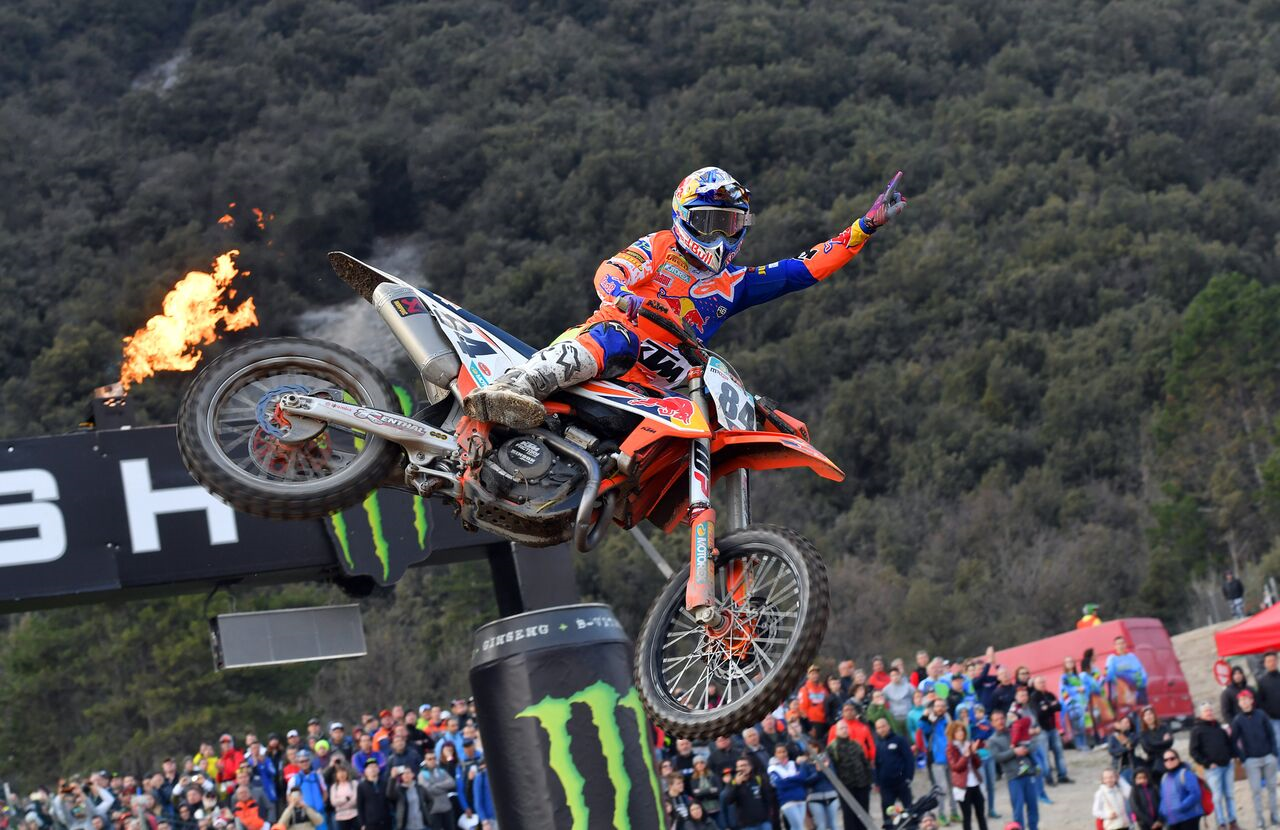 PIETRAMURATA, Italy  (April 9, 2018) – The ‘Al Ciclamino’ circuit in Pietramurata hosted the fourth round of the 2018 FIM Motocross World Championship, the Grand Prix of Trentino. On the hard and slippery soil, Pirelli riders were able to count on the SCORPION™ MX32™ Mid Soft front and rear; the Italian tires dominated Saturday’s qualification and all the races on Sunday.   In the fantastic natural setting of the Trentino mountains, a large electrifying crowd came to watch the latest challenge between Antonio Cairoli and Jeffrey Herlings in the MXGP class. On this occasion the Dutchman Herlings was the fastest and won both races and moved to first place in the championship. Cairoli finished third overall despite a small technical problem that slowed him down in the opening laps of Race 1. There were good results also for Romain Febvre in fourth and Glenn Coldenhoff in fifth.

Jorge Prado won the MX2 overall breaking Pauls Jonass‘s win streak who had dominated the first three grand prix of the season. The Spaniard won the first heat and finished runner-up behind Thomas Covington in Race 2. It was an excellent performance by the American who finished second overall. Jonass, despite not having the best starts, finished in fifth place and continues to lead the championship by 28 points over Prado.

In just seven days time the riders will contest the “Grand Prix of Portugal” at the circuit of Agueda for the fifth round of the season.

Founded in 1872, Pirelli is among the largest global tire makers, and focuses its business on the high end, premium product segment where it is a world leader. Present in over 160 countries, Pirelli has 22 manufacturing sites and employs approximately 38,000 people around the world. Successfully competing in motorsports since 1907, Pirelli is currently the exclusive supplier of the Formula 1 championship, the Superbike world championship, and many other championships around the world.